Family: Racing Brings You Together

Erin Vogel shares how she got into racing and the thing about families in racing. 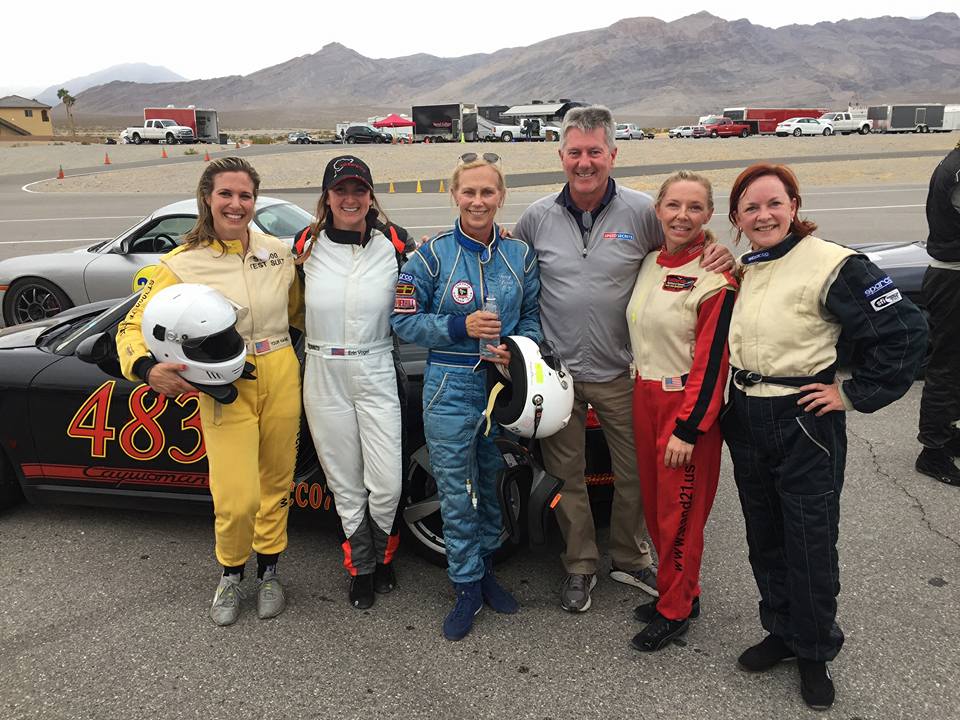 When the "Great Lockdown" tentatively began to soften its boundaries last month, my first "trip" outside my own town was, you guessed, the racetrack. And yet I almost didn't even get into a race car. (Almost.) Instead, I was spotting for my dad as he raced his Audi R8, a retired car that was campaigned by Paul Miller Racing in the 2014 and 2015 ALMS racing seasons. Fortunately – like the loving father he is, he let me take a few laps in his baby before the racing started.

And that's the best thing about families in racing. It's a sport that brings families together, sharing knowledge and resources, and creating incredible memories that are as unique as the cars they bring to the racetrack.

Over ten years ago, my dad and brother went to the racetrack together for the first time, and within a year, they had my mom and I tagging along as well. And not just to spectate – but to drive! We all came at it from a different angle: my dad had raced offshore powerboats with his father and brother as a young man, and trained as a mechanical engineer; my mom bought her first motorcycle the day she turned 18, was the only female driver on the snowcat crew during her years at Mammoth Mountain, and loves wrenching on things probably more than any of us; my brother was still in the midst of a love affair with his first sportscar and wanted to drive it like he drove the supercars in his video games; I was really into high heels and champagne brunch, pointing my skis straight down the mountain and driving my Lexus sport sedan way too fast on the freeway.

It didn't take us very long to realize that motorsports are truly a family affair, for more than just our family. Some of our first friends at the track were a father-son duo in matching black BMW M coupes. One of my first instructors was a woman a few years my senior who was there with her father; we quickly made friends with a pair of brothers in matching Sepang Blue Audi sedans; there were many husbands and wives, and even a few women who'd found their way to performance driving on their own out of independence, a healthy sense of curiosity, and an adventurous spirit.

As the years went by, my Dad and I paired off and started racing together in various spec series, each in our own car. It was great competition, but more than that, it was a phenomenal learning experience to have someone always ready to bounce ideas off or lend a hand with a fluid change or a brake job (we're a very hands-on family). We started getting involved with event organization for Audi Club, where one of our first events saw over 30 of the 90-plus registered drivers attending alongside a sibling, parent, child, spouse, partner, cousin, in-law, etc. It has now become so commonplace in our club that we often don't remember to recognize how special it is. Even in racing, we were always in good company, particularly at the Porsche Owners Club, where we raced with about 3 or 4 other father-daughter combos (yes, each driving their own car and racing against each other!).

Performance driving and racing is a growth sport. It's something that most of us enter into with zero knowledge other than where the steering wheel, gas, and brake pedals are located. It challenges every fiber of our humanity to be continually improving our knowledge, skill, and confidence. Motorsport is a sport we love to share with others because it brings us so much joy – and if there's something we can all use more of, it's pure, unadulterated joy!

Contrary to the way it may look from the outside, it's even a sport that encourages each person to follow the path at their own speed and rewards the right attitude as much or more than it rewards a quick pace. It's a sport that welcomes people of different creeds, colors, ages, genders, and even physical abilities – I'm fortunate to know many differently-abled drivers! It's possibly the most accepting group of people I've ever known – because all they care about is your desire to be a part of the world they love so much. Once the helmet goes on, we're all drivers. Period. The end.

Now, where it may be misleading, and what may make it difficult to believe that what I've just laid out is the truth, is the fact that there is much less diversity at the more visible, professional level of racing. It's difficult for anyone to break into the upper echelons of a sport that sees less and less in the way of sponsorship money every season. Given the still disproportionate ratio of men to women and westerners to POC, at the grassroots and feeder levels, it's not difficult to understand the lack of diversity at the top. This is why a growing number of enthusiasts, myself included, believe it's so important to foster ever more diversity at the grassroots level of the sport. Involvement is the first step towards inclusion.

I'm forever thankful that my family broke me out of my high heels and slapped some racing shoes on my feet. I'm more confident with grease on my forehead than I ever was with curls in my hair. But that's just my path. What will yours be? And most importantly, who will you inspire?

About the author:
Erin Vogel

Erin Vogel has been involved in the track day and racing community for over 10 years, after attending her first track day in 2009 with her dad, mom, and younger brother. In 2013, Erin trained and received her instructor certification with Audi Club of North America as well as Porsche Club of America. For the past 3 years she has been the Novice Group classroom leader for ACNA’s SoCal Chapter. Erin began her racing career at Inde Motorsports Ranch and has since raced with the Porsche Owners Club and Porsche Trophy West. For the 2020 racing season, she is co-driving the #30 Flying Lizard McLaren 570S GT4 with pro driver Michael Cooper in the SRO GT4 America Challenge SprintX category.