From Rodeos to Road Racing

Living the fast life in California. 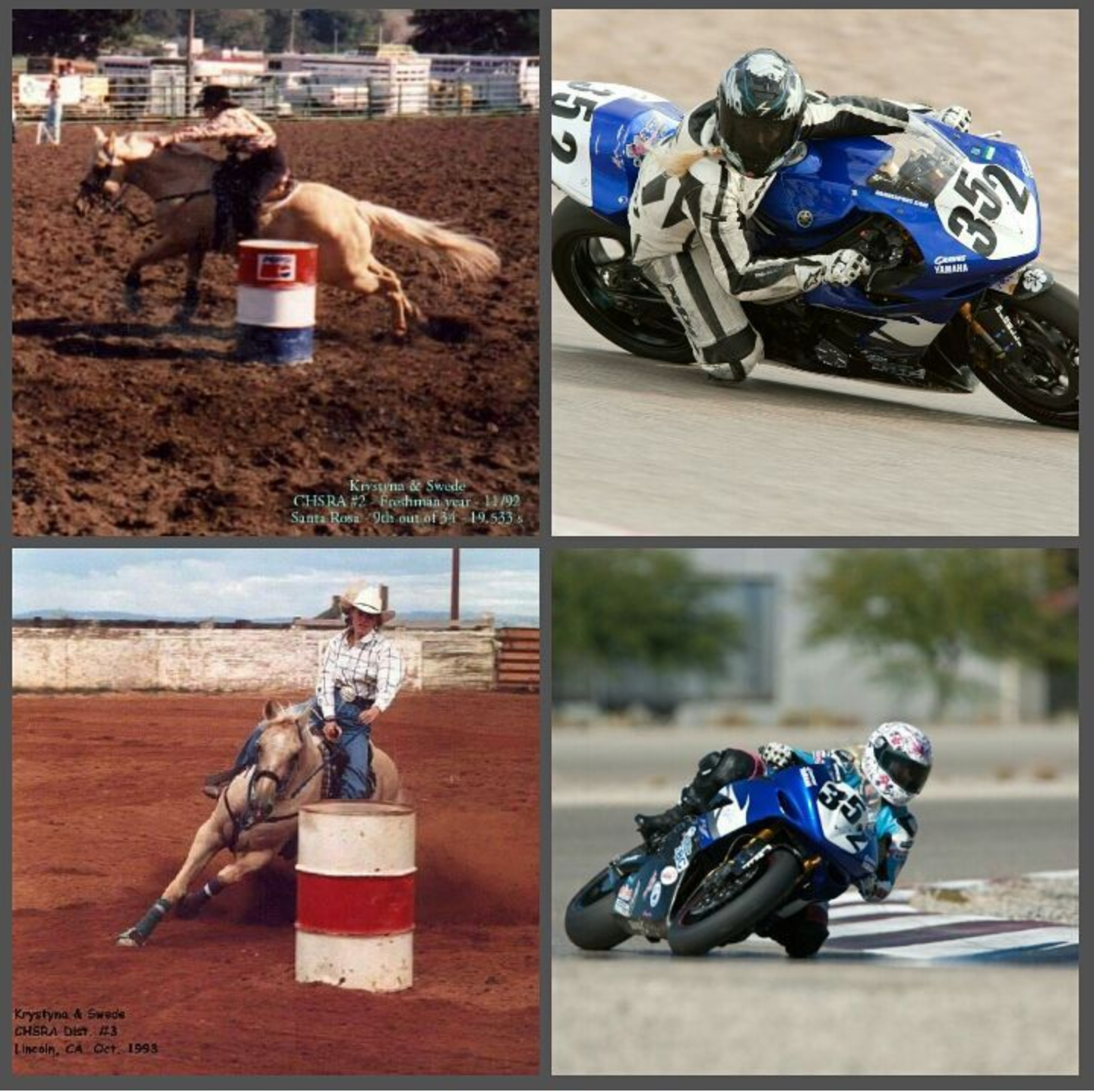 Growing up in the country of Mendocino County (NorCal), I learned how to do high-speed events on horseback. Horses come with a phenomenal OEM traction control system!

Studying mechanical engineering, I jumped at the chance to join the student chapter of the Society of Automotive Engineers Formula team, where we design and build a mini Formula style race car. In the parking lot of California Polytechnic State Univ – San Luis Obispo (CalPoly SLO), I discovered I had an immense talent for driving when I drove a go-kart around the autocross course. I was then allowed to drive the one-of-a-kind formula car, powered by a Yamaha R6 (sportbike) engine.

When our Skip Barber trained team lead told me I had a talent for driving, it changed my life trajectory.

Large internal combustion engines, diesels, like the ones that power locomotives, are my other passion.

The summer of 2000 was spent interning at the Locomotive Maintenance & Inspection Terminal for a Class I railroad.

Summer 2001 was spent at the diesel engine facility in Grove City, PA, for a notable locomotive manufacturer. I came back to CalPoly SLO with my dream job and a motorcycle.

Upon returning to CalPoly SLO, I treated myself to a 2002 Yamaha R6 sportbike as a college graduation gift.  Track days soon followed; then, in preparation to move from California to Pennsylvania, I contacted a Connecticut-based cousin who road raced motorcycles.

Inquiring about track days and where to do them, he replied with “screw track days! You’re coming racing with me at Loudon (NH)!”  At exactly 8 months of riding, I gridded up for my first race, Labor Day weekend, 2002.

The moment I got my R6, I learned about the Yamaha R1 and fell in love.  One day…. I said… one day I will rip a liter bike around the racetrack.

That day happened in January 2009. Being the only girl in my classes is such the norm that it has never bothered me, but I won’t lie; that first weekend racing my 1000cc R1, surrounded by 10+ other dudes; I felt like the rabbit from that scene in the movie Snatch. If the hare doesn’t outrun the dogs, it’s “proper f*d”.

Links: Crash caught on camera!  More details from an EPIC 2010

BuzzFeed came out to AutoClub Speedway for the WERA West season opener in January 2015 and created a video about my road racing called Race Like A Girl.

I found Christina Neilson on social media, and I loved how this girl, with the same name as myself, was kicking ass and taking names in car racing.  When she posted about the Accelerating Change track day at Buttonwillow Raceway, I KNEW I HAD to make that happen.

I scored my 2002 Audi TT Quattro from a used car lot in 2006 and now have over 200k miles on the little 1.8L turbo. My race bike puts out more horsepower at the rear tire than my car is *rated to put out at the crankshaft!

My excitement peaked when I saw we would run the same configuration around Buttonwillow that I have lapped since 2002!  After a session with an instructor, I was cleared to drive solo in the “instructor group”; the one with all the gals and their high-powered race cars. Going into Cotton Corners, there was the grill of a gorgeous Audi R8, my dream car, in my rear-view mirror.

Standing in the lunch line, I looked over to the girl in front of me and saw the four Audi rings on the sleeve of her team shirt.  “ummmm… excuse me, are you driving an Audi today?” I tried not to gush. After lunch, I got to RIDE in my dream car as Erin Vogle ripped around Buttonwillow!!! MADE. MY. WEEK!

I got to go watch Erin rip around Sears Point in her Flying Lizard R8 the following year, and she came out to cheer me on as I raced the big track at WSIR a few months later.

She caught me make an inside pass under the brakes into the super-fast turn one; and for a moment, she was fan-girling over me; since I still fan-girl over her!

Thank you, Accelerating Change, I canNOT wait for the next one!

About the author:
Krystyna Kubran

Superbike Road Racer and Mechanical Engineer living the fast life in California while driving a super cute, but only peppy 2002 Audi TT Quattro, and racing a 200hp Yamaha R1.