It’s an Amazing Time to be a Woman in Automotive!

You're definitely not alone. 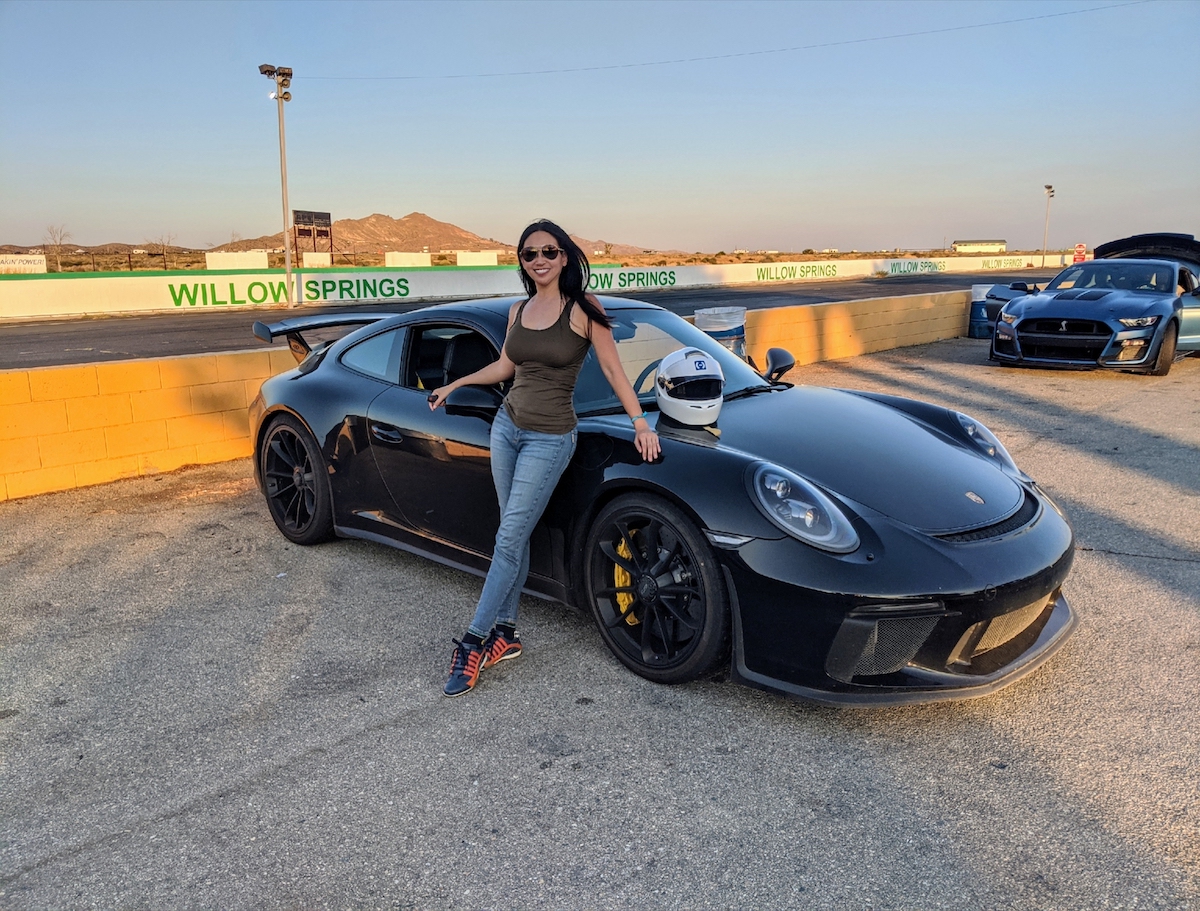 If you're here reading this blog, you've likely already become a part of the car enthusiast community, whether it's dipping a toe in or jumped all-in into the world of cars through Accelerating Change. As a female, I know that sometimes it can seem a little daunting going into a still very male-dominated industry. The great news is that you're definitely not alone. There is (and has been) a growing group of women worldwide who are out there showing their love for cars, whether they're a new sports car owner, attending cars and coffee events, doing canyon runs, racing on a track, or working in automotive. One of the wonderful things about social media is that it has brought us together and shows just how strong and vast this community is.

There is (and has been) a growing group of women worldwide who are out there showing their love for cars, whether they're a new sports car owner, attending cars and coffee events, doing canyon runs, racing on a track, or working in automotive.

I grew up loving cars on my own as a kid, enjoying car posters and watching shows with fast cars. No one in my family had any interest in cars, so I would hang out with guy friends in high school and college and listen to them talk about Ferraris, Lamborghinis, and Porsches. Today, I own a few Porsches (a GT3, a Cayman S track car, a Macan) and a Nissan 300ZX, which was the first car I got in college. I've been working with the IMSA racing series for about 8 years doing pit reporting, and I'm now also writing about Porsches for Excellence Magazine. I even started a company that developed a car detailing product. Working with something I love and turning one of my passions into work is a dream come true, but the best things I've gained are the friendships and bonding with all the amazing women out there who share a love for cars.

Many women ask how I was able to get involved with the car community so deeply and get to be a part of so many fun and cool events. I have a few simple rules I try to follow, and I hope these resonate with you.‍

It's okay if you're new, not an expert, or don't know much about cars or driving.‍

We all got started somewhere. The car community is really open to newcomers, and the women in the car world I know are so warm and kind and supportive of other women. We'd love nothing more than for there to be more women in the industry and community. Don't be shy about not knowing things. This can actually be an asset to say…" Hi! I'm new here. I'd love to learn more about ____!" If you don't feel the right vibe at first, keep talking to people and find events to go to. You'll find a supportive group (like Accelerating Change), and they'll be linked to other groups. I'm involved with groups like PCA Los Angeles, Porsche Women Global, P-Club, and AlphaLuxe, but many others are out there. There's both a significant social element as well as driving.

When I got my first Porsche – a Cayman – someone on my rowing team asked if I wanted to drive with their group, and that's how I started doing canyon runs and track days, even though I had no idea what I was doing at the time. They helped me get my car track-prepped, and I learned the ins and outs of track events. Now I love going to track days with friends and continuing to develop my driving skills.

Not only is it the best way to learn, but it's the easiest way to get included in things. If you are interested in someone's car, their career in automotive, or their involvement in car events, just ask. People usually love being asked questions, want to share information, and like to be helpful. I've come across so many opportunities from just starting a conversation with a stranger, and when they know that I'm really interested in something, they often will invite me to check it out or be a part of it. And they'll introduce me to other people. That's how I met my now close friend and business partner, Mike Kojima. He got me involved with Formula Drift events, taught me a lot about race cars, and introduced me to so many other amazing people in the industry, including women car and motorcycle racers.

It's also how I met my late friend James McNiff who got me involved with the IMSA racing series, where I started working as a pit reporter for Pit Notes. I was at the Long Beach Grand Prix, saw someone in a race suit and clipboard, and asked what he was doing and writing. Next thing you know, he told me about his work and asked if I'd like to try it out sometime. Sure, you could say that it was totally random and not something that would happen often, but I know that it for sure wouldn't have happened if I never asked the question to begin with. You'd be amazed at how far you'll get with that!

Be positive and support other women.

The single best thing we can do for each other as women is to support each other, especially in traditionally male-dominated fields. As much as we support some really great guys out there, there are definitely still some men who don't take women seriously. We've all heard the comments here and there, and some women do get bothered by it, but I don't worry about that other than smile and laugh about it to myself and other ladies. I'd rather focus on the positive progress with women's inclusiveness and all the supportive people out there. We mustn't judge each other or bash each other or even be too hard on ourselves. While we should absolutely stand up for ourselves when it's called for, we should avoid getting bogged down in negativity. The automotive industry isn't the first place and won't be the last place that women encounter challenges. That's part of life. So let's work in unity, lift each other up, celebrate each others' successes, and be stronger and better together! The car world has plenty of room for all of us to thrive and reach success, no matter how we're involved in it.

I look forward to seeing all of you out there and meeting you sometime. In the meantime, I know we're connected in our spirit and passion for cars!

About the author:
Jeany Zhao

Jeany has always been a huge car enthusiast but is especially passionate about Porsches. She loves taking her Cayman S and GT3 on canyon runs and on the track. She manages to turn playtime into work, doing consulting work in the automotive industry, and also owns an online retail business selling automotive products. She has worked in pit reporting for the IMSA racing series since 2013 and also writes for Excellence Magazine. She lives in Santa Monica, CA with her Siberian Husky.