How Mercedes impacted a life and a lifestyle. 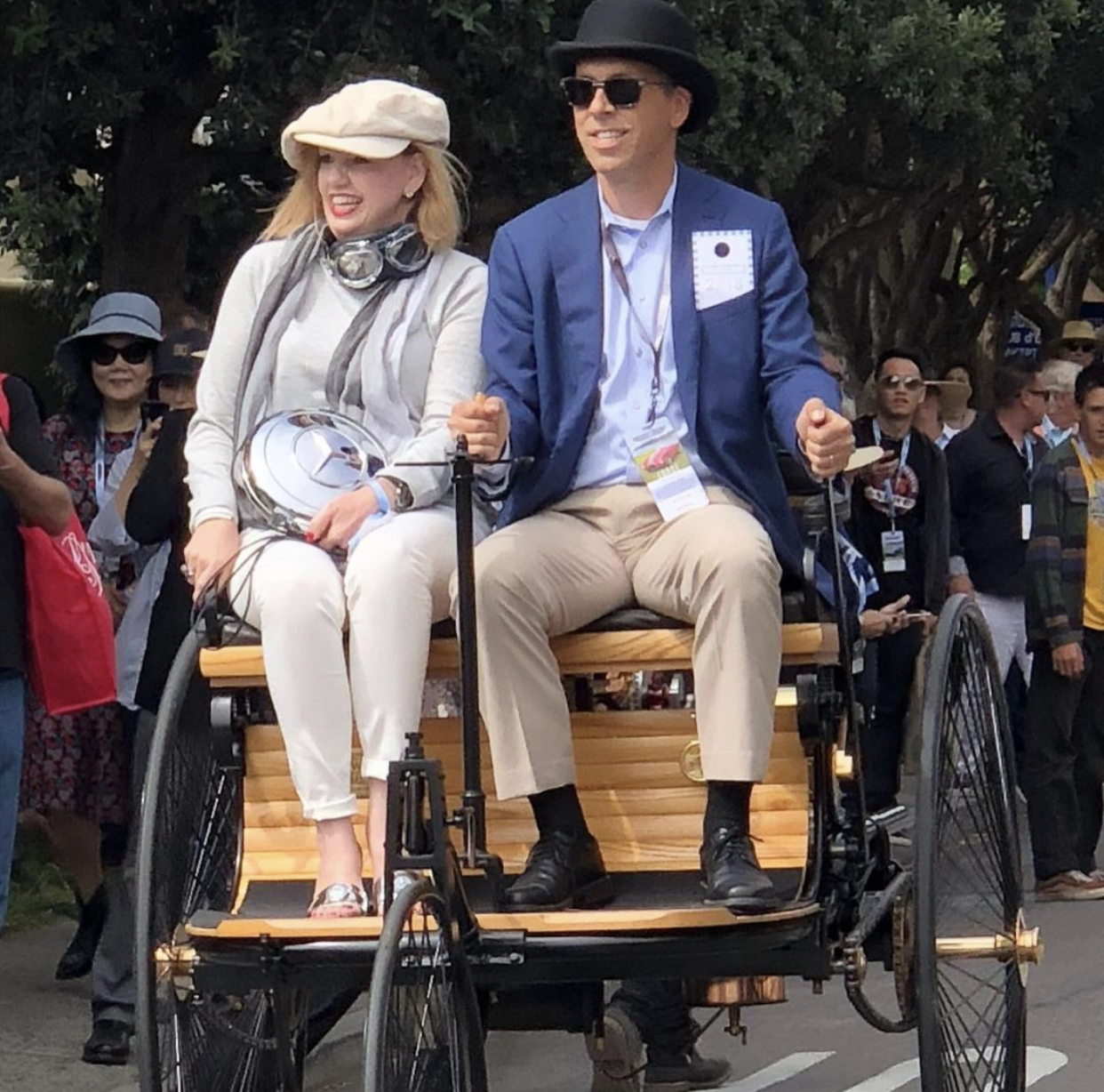 When I was a young girl, I was always fascinated by women who did not conform to traditional female roles. They seemed happy and exciting, so I decided to grow up and be one of those strong women.

Why are we so drawn to a particular brand? For me - Mercedes takes me back to my childhood of being raised in rural North Carolina, where no one owned a Mercedes at the time. My father built a go-kart track beside our home for fun, and my stepfather worked with a racing car company, so I was always into cars. I quickly figured out that if I wanted a nice car, I had to work hard to get it. You could say that my early fascination with Mercedes was mainly due to desiring that lifestyle of luxury that I had in my mind.

I was always fascinated by women who did not conform to traditional female roles. They seemed happy and exciting, so I decided to grow up and be one of those strong women.

Pursuing a passion and doing what you love

I pursued my passion for clothing design by getting a scholarship and working 2 jobs through high school and design college. I bought my first vintage car (a 1974 VW Ghia) when I was 16 and was even the President of the high school car club. I knew I had to work hard to get anywhere in life. I now have several vintages Mercedes, an AMG, and started a business selling vintage Mercedes parts from a closed Mercedes shop. I love being involved with events for local Mercedes-Benz dealerships, 2 chapters of the MBCA, and 5 car clubs, including one that I co-founded here in Los Angeles. My 1962 220S Fintail is used for educational purposes for local school events and charities to help bring awareness that young girls can do anything. The Fintail has been featured on The Mercedes Star magazine cover, and it won First in Class last year at Pebble Beach. I was also told that the lowest end model car like mine could not possibly win over vehicles that were 6 figures, yet it did, and that is something that I am immensely proud of.

Mercedes launched by a WOMAN!

It began in early August 1888, when Bertha Benz, the engine builder's wife, Karl Benz took his invention out on a maiden voyage traveling 65 miles round trip. It was the first time any vehicle had ever crossed that kind of distance and put Karl Benz on the map to create reliable engines for the masses.

Bertha Benz believed so strongly in her husbands' Patent Motorwagen that she put up her own inheritance money backing his business. She was her own mechanic when she broke down and was responsible for making changes to the brakes and gears after returning home. Sadly, women could not apply for patents in those times, so she was not credited for those. It is the passion of Bertha Benz that connects me to the brand. She dared the impossible and was ahead of her time, and I consider her a significant pioneer in creating the automobile. It was an honor to be invited to ride on a Patent Motorwagen by Dietmar Exler (the CEO of Mercedes at the time) at Pebble Beach Car Week.

Women in Mercedes built and raced cars? Yes, they did, and they broke gender stereotypes for their generations.

During the war, women were utilized on the factory lines for assembly due to the shortage of men. They were amazing assemblers and engineers, and it is not a very known fact that they put together the multimillion-dollar 300 Gullwings. Also, in 1962 the female racing team of Ewy Rosqvist and Ursula Wirth put Mercedes Benz on the map, winning the Touring Car Grand Prix of Argentina. This was one of the toughest long-distance rallies in the world, and it was dominated by male competitors. Out of 258 cars that entered, only 43 made it to the finish line.

Female racing team Ewy and Ursula drove home a winning sweep finishing the race 3 hours ahead of all of the rest.

They won the race in a 1962 model 220SE Fintail Mercedes like the one I drive today.

These are strong-minded women who never gave up and never took "no" for an answer. I am inspired and energized by these women and all the brilliant and fearless women I have met in the automotive world. I admire any woman (or person) who is willing to do something that no one else has done before. I always say - The cars are great but it is the people and the stories that make them so special. I am inspired by your story, and thank you for letting me share mine.

The cars are great but it is the people and the stories that make them so special.

Click here for a link to a video on "Women of Mercedes" that I was recently a part of.

About the author:
Belinda Clontz-Sarooei

Belinda started working when she was 15 and working through design school and was the youngest manager recruit for Federated Department stores and was responsible for 17 million dollars in revenue. She then worked with a startup travel company that went public and then started her children’s online clothing business that became the largest online children’s retailer in the world. She was named in the top 10 women breaking the glass ceiling for East West Bank. She can be found in the garage cleaning a car, or at an estate sale, or a charity event or cooking with her husband Sasson and their poodle Pepe (who both love AMGs).